Your student will earn privileges and gain new responsibilities by working through a series of benchmarks of behavior and accomplishment. This is an expression of Milieu Therapy. Your student will earn a new shirt each time they demonstrate their ability to accept a new level of challenge. 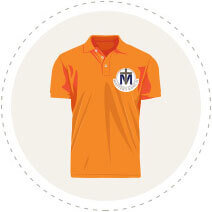 In this initial orientation phase, boys learn the ropes at Master’s Ranch Christian Academy and learn to take instructions. Each boy is matched, based on his personality type, with a buddy who teaches him what he needs to know and helps him stay out of trouble. During this phase, boys begin physical training to get in shape, they are assigned Bible verses and tidbits of wisdom to memorize, and they begin learning to submit to authority. Once they demonstrate some improvement in physical fitness and show cooperation by mastering the memory work, they move to the next phase. The orientation phase typically lasts about a week but is dependent on the cooperation of each individual boy. 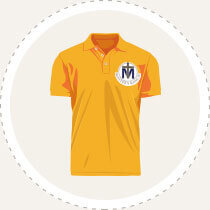 A boy in Yellow phase earns more freedom of movement and communication around the campus. In this phase, boys receive a new set of memory work to master. They take a diagnostic test for academics and begin school, which is presented as a privilege that they have earned. The Yellow phase is a trust phase. For many of the boys coming in, no one in their lives trusts them, including themselves. At Master’s Ranch, boys are given lots of chances to succeed, and they begin to earn the trust of staff and peers. Boys also begin to acknowledge their negative behavior and the impact it has had on those around them. Once they are willing to articulate, in the form of a written essay, how their negative behavior has adversely affected their friends and family, they move on to the next shirt. 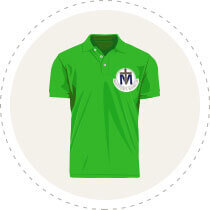 Most boys are ready for the Green phase by the end of their first month. They earn additional freedoms of movement and conversation around campus, and they begin participating in work crews. They have new goals for memory work and physical fitness improvement. Phone privileges to call parents are given. The Green shirt is the level of the general population at the ranch. It is during the Green Shirt phase that boys make a marked improvement in their attitude, work ethic, and behavior. The Master’s Ranch Christian Academy’s emphasis is on true manhood, shown by integrity, honesty, hard work, hard play, trust, and leadership. There is no competition against anyone else; boys compete only against themselves.

Boys in the Green Shirt accept work responsibilities on campus; they learn vocational and agricultural skills through voluntary extra work projects; they make progress academically toward a high school diploma or GED; they become physically fit, strong and active; and they experience personal transformation as the lessons of manhood and the love of God sink in. 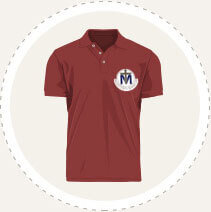 Earning the Burgundy Shirt is an honor that about a third of the boys achieve. After a minimum of six months at the ranch, boys who excel in personal responsibility may apply for this shirt. This privilege is not in name only: it is hard to earn and easy to lose. With the approval of the entire staff, boys can promote the Burgundy Shirt. They gain a great deal of additional freedom, including significantly more phone time with their parents. They start exercising peer leadership and enjoy a certain amount of authority. Boys in the Burgundy Shirt take leadership classes and study leadership books by renowned authors. They are treated like men.

A large percentage of adolescent boys who turn age 18 while at the ranch decide to stay on as junior staff, transitioning from a Burgundy phase student to a blue shirt until they are ready to transition back to home or move on to the next step in life. Many of these boys end up earning a decent paycheck for their efforts. We try to partner with their parents to get them their first car and see to it that they have all their adult stuff done.

Three times a year we emphasize career development. We equally value vocational tradesmen as careers that require college. Each Career Emphasis Week includes progressing through “The Way Out”, a curriculum designed to identify purpose, identify obstacles, and set goals. The students working on a graduation plan will complete a battery of career development assessment tools. Every student will have a chance in their last three months to utilize this service. The afternoons during this week include one-on-one review of these results and career counseling.